Recently Akrem and Erick presented Consulting 101, an annual presentation delivered at a Source Allies University event. We are publishing a three-part blog series that is a distillation of that presentation; Agile Crash Course, Team Dynamics, and Partner Dynamics.

Successful teams are the ones that understand, respect and value one another as individuals. Creating such teams takes work. The work tends to be fun, but it is also purposeful (particularly at the beginning and when new teammates join).

Get to Know Your Teammates

Make an effort to know your teammates as individuals, one on one, to build respect and understanding for each other. You can take a walk with a teammate after standup, go on a coffee run together, get a meal together, or play a game.

Let’s say you have feedback to share. You should avoid gossiping, instead talk to the teammate in question directly. Gossiping creates distrust and discourages openness. It will be very helpful if know your teammate in terms of how they like to receive feedback.

Next, ask the teammate when is the best time to get together and share that feedback. Then start by clarifying intent with yourself and the teammate that you want to help them improve so that your team can be more successful. Make sure to share the relevant actions and behaviors that you observed and why it’s important to you. Share how those actions and behaviors are impacting you and the team.

Now, let’s talk about the other end of this interaction and say you received some feedback. First thing to keep in mind is to assume positive intent from the person sharing feedback because at Source Allies we like to share feedback frequently with the intent of helping teammates improve. Also, you’re not at jeopardy because you received feedback. 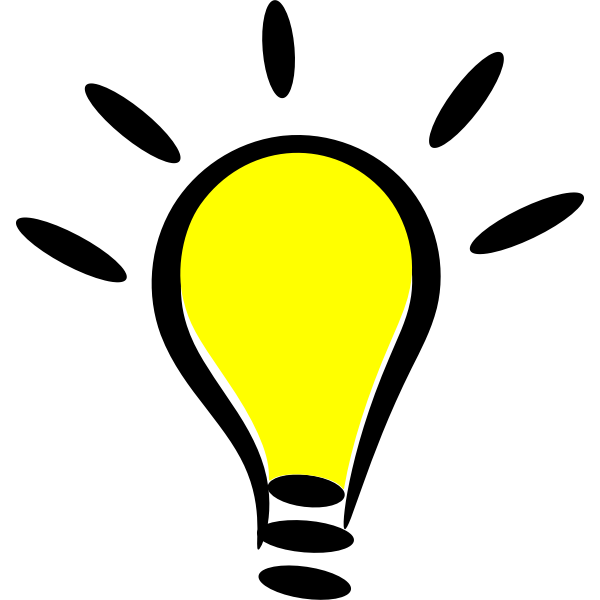 Coming up for air is about stepping back from the day to day work to see the bigger picture. One way to come up for air is to hold a Source Allies only retro. In order to make the most of your retro, make sure you are asking the right questions like How is the team as a whole performing? How is each person on the team feeling? How well are we collaborating with the partner? What can we change in order to improve? What are the challenges we face in this project?

Make time to have fun as a Source Allies team as we’re not robots. Getting together as a team is part of any project and Source Allies supports that. So when you feel like you need it, get together for bowling, axe throwing, a movie, happy hour, or any other work appropriate event. Source Allies would be happy to expense it.

Teams at Source Allies are self-directed. This means you’re collectively responsible for determining how you want to work together. That’s your working agreement which could cover stuff like:

Note that you don’t need to decide on all of these things from get-go. On day 1 you’ll need to know your core working hours, nothing more. You can decide on the remaining things in the coming weeks in an iterative manner.

To better understand why working agreements are important, we need to look at the stages of group development that apply to teams working on a project.

Teams and groups go through four phases before they can effectively work together to deliver results; Forming, Storming, Norming, and Performing. This four-phase framework was proposed by Bruce Tuckman in the 1960s and still holds true.

Forming is when the team gets together for the first time and learn their purpose/project. The focus in Forming is to learn the problem space like scope, how to approach the problem, constraints, etc.

Storming is when the team starts working together. Teammates start learning about each other like preferred working styles, goals, and values. Then opinions are voiced, judgments are made about each other, conflicts arise, and friction is felt. To be effective, a team needs to exit this phase by resolving these conflicts.

Teammates resolve their differences and conflicts in the norming phase by agreeing, explicitly or implicitly, on a set of norms and behaviors. The norms can be healthy or unhealthy.

Unhealthy norms might seem to resolve conflicts at the beginning but in reality they just paper over the cracks. For example, the team might make decisions based on the loudest voice in the room, ignore certain opinions, avoid asking hard questions, or avoid honestly discussing roadblocks and risks facing the project. Such unhealthy norms won’t let the team proceed to the next phase of truly Performing. Instead, it might kick the team back to the Storming phase.

To successfully proceed to the next phase, the norms need to be healthy ones where teammates tolerate each other’s whims and fancies, accept each other’s styles, and become able to share controversial ideas in a safe environment.

This is the promised land that each team strives to reach where teammates are able to work together smoothly and tackle project challenges unfazed.

That being said, this is not the end of the road as teams might cycle through the previous phases as new teammates join, new conflicts arise, or the problem space evolves. But as long as the team quickly realizes what’s happening and address those conflicts and issues with heathy norms, then they will be back to this sweet spot. 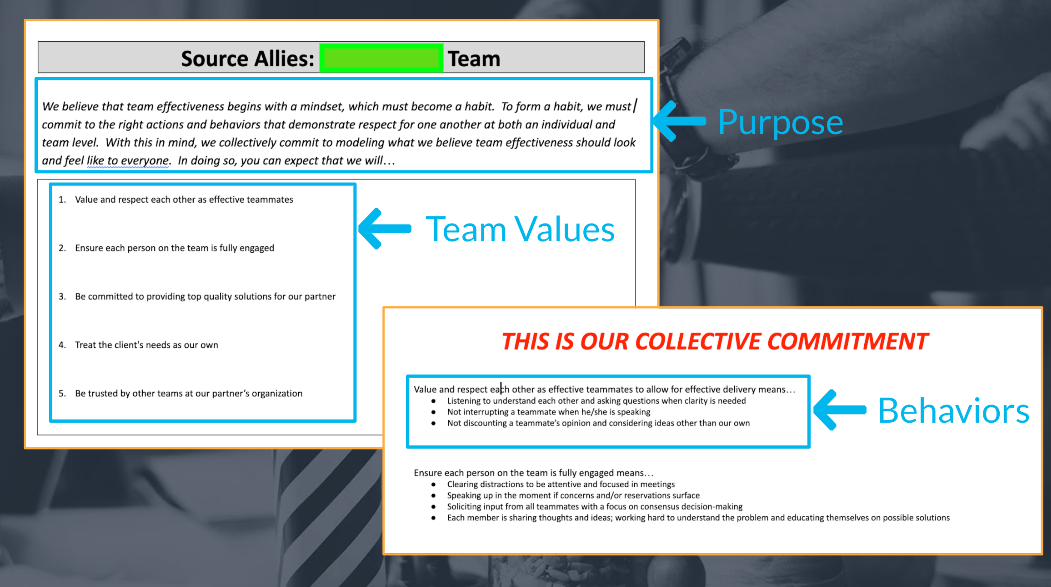 Working Agreements are a tool to help a team navigate those phases of group development purposely. Since teams at Source Allies are self-directed, the agreement needs to be reached by consensus.

The agreement has three parts; Purpose, Team Values and Behaviors. The purpose of the agreement is that we want to be an effective team. Team effectiveness starts with a shared set of team values that we agree on. Those values are put into action by the behaviors we commit to. You can see in the diagram an example of a working agreement from one of our teams.