Nutch is a framework for building web-scale crawlers and search applications. It is free and Open Source and uses Lucene for the search and index component. Nutch is built on top of Lucene adding functionality to efficiently crawl the web or intranet. Now the most obvious question is “Why Nutch when there is Google for all our needs?”. Some of the reasons could be: 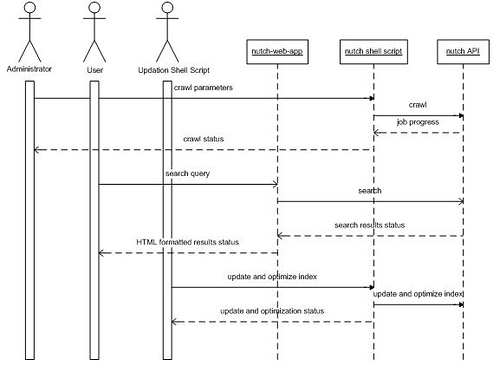 Data structures for a Nutch Crawl:

Setting up Nutch to crawl and search:

Get a copy of the Nutch code

The nutch ‘crawl’ command expects to be given a directory containing files that list all the root level urls to be crawled. So:

In the above regular expressions, + indicates crawl and - indicates do not crawl the URLs matching that pattern.

OUTPUT OF THE CRAWL:

A typical output after the Crawl command will be:

A search index in Nutch is represented in the file system as a directory. However, it is much more than that and is similar in functionality to a database. The nutch API will interact with this index making the internal mechanisms transparent to both developers and end-users.

Nutch Crawling internals: Just in case you would like to do the Nutch crawl using the internals of Nutch instead of using the crawl command, here are the steps:

Fetch – Fetches the URL content and writes to disk.

Details and syntax of these commands along with options used with can be found at http://wiki.apache.org/nutch/NutchTutorial

Open a browser and type the Tomcat/Glassfish URL (say http://groker.sourceallies.com:8080/nutch/) and you should get a welcome screen where you can type in a keyword and start searching! 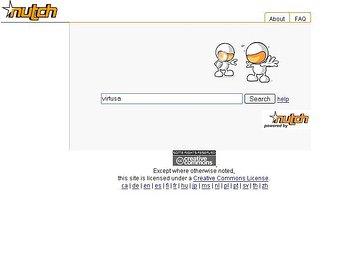 Note that during the maintenance phase, we “DO NOT” inject urls.

NOTE: Index optimization is necessary to prevent the index from becoming too large, which will eventually result in a ‘too many open files’ exception in Lucene.

The exact command syntax can be viewed on the webpage for the latest version of Nutch http://wiki.apache.org/nutch/NutchTutorial.

Scheduling Index updates. The shell script created from the above step can be scheduled to be run periodically using a ‘cron’ job.

Improving Nutch with plug-ins Now that we have Nutch set up, the basic functionality provided by Nutch can be extended by writing plug-ins to perform many specific functions like